Has the Higgs been Found at CERN? 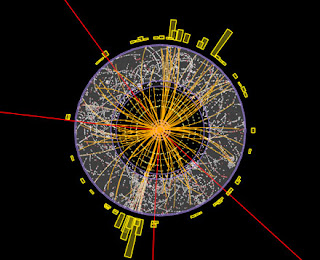 Nature are this evening sensationally reporting that CERN may well have discovered the Higgs boson.

Both ATLAS and CMS are presenting their latest research at a seminar in Melbourne on 4 July and the blogosphere has been alive with speculation about what they'll be unveiling.

But today, Nature have run an exclusive story confirming that a discovery has been made:

"Without a doubt, we have a discovery", says one member of the team working on the ATLAS experiment."It is pure elation!"

Nature are coy about the precise details of the discovery, cautioning that it is not yet known if the new particle behaves the same way as the Higgs mechanism is described in the Standard Model of physics.

But it is believed that both the ATLAS and CMS experiments are each seeing signals between 4.5 and 5 sigma in the 125 GeV range, where they first reported seeing signs of the Higgs last December.

Crucially, CERN have confirmed that four of the theorists who conceived the Higgs mechanism in the 1960s - including Peter Higgs - will be present at Wednesday's seminar.
It is hard to believe that all would have flown in to attend, if significant news wasn't being announced.

Email ThisBlogThis!Share to TwitterShare to FacebookShare to Pinterest
Fields: physics