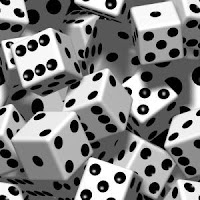 The always fascinating - but sadly increasingly less-prolific - Seed magazine, reports on the phenomena of "proofiness".

It's the art of using bogus mathematical arguments to prove what you know in your heart is true-even when it's not. As Seed says, [proofiness is] "a particularly powerful form of propaganda, because we're primed to believe anything that's couched in quantitative form. After all, there's very little in this world that has the cold, hard certainty of mathematical proof. Yet people can torture numbers, imbuing lies with an aura of certainty. Politicians and pundits are the modern masters of the dark art. Almost any major political speech or document will be liberally larded with proofiness."

Posted by Particle Decelerator at 03:07