Kepler conference in need of a new home 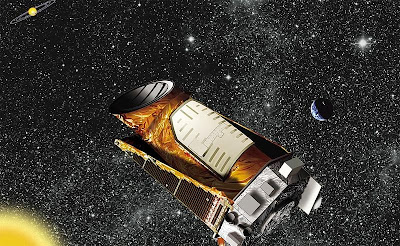 This week a scandal rocked the astronomy community, relating to a exo-planet conference which will discuss results from the Kepler Space Telescope. The Kepler Science Conference II is scheduled to take place at NASA Ames' research facility next month.

However, US government laws have made it impossible for the organisers to welcome colleagues from countries such as China to the conference.  As Ian Sample reported this week, all Chinese nationals are prohibited from setting foot on NASA property by law.  Consequently, the conference has had to exclude scientists from China, as well as scientists from nations such as, Burma, Eritrea, Iran, North Korea, Saudi Arabia, Sudan and Uzbekistan, from the event. This has sparked major controversy, and a campaign to boycott the event.

As Tim Cross noted in the Economist, "it is hard to fathom what secrets any supposed Chinese spies would have been able to pilfer at a conference devoted to alien planets."

The very principles of open science are at stake here.  As astronomer, Chris Lintott, has said:

"I'm shocked and upset by the way this policy has been applied. Science is supposed to be open to all and restricting those who can attend by nationality goes against years of practice, going right back to cold war conferences of Russian and western physicists."

Geoff Marcy, known for discovering more extrasolar planets than anyone else, and tipped as a future Nobelist, has put it more strongly calling the exclusion of scientists from the banned nations, "completely shameful and unethical." He said:

"In good conscience, I cannot attend a meeting that discriminates in this way. The meeting is about planets located trillions of miles away, with no national security implications."

Those of us with good networks and contacts may be able to help.

Finding a venue that can accommodate 400 people, between November 4-8, 2013, in the Bay Area in California is going to be very challenging, but surely not impossible.  If you are aware of venues that can accommodate up to 400 people, please reach out to Lucianne and let her know.  There are many obstacles that would need to be addressed before the conference could be shifted, but locating some possible alternatives spaces is the first step.

Posted by Particle Decelerator at 22:48