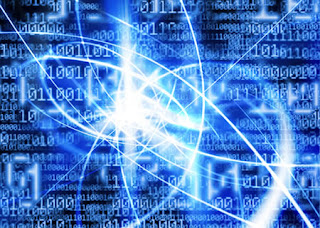 After last week's news that physicists in Shanghai have smashed the distance record for teleporting photons, more research emerged this week about science striving to exploit quantum weirdness for
technological purposes.

Guan Ru Feng, again in China, but this time at Tsinghua University in Beijing has become the first scientist to create a simulation of quantum tunnelling, on a quantum computer.

Quantum tunnelling is the quantum-mechanical effect of transitioning through a classically-forbidden energy state. It plays an important role in phenomena such as nuclear fusion in stars. Tunnelling was predicted by Friedrich Hund and others as early as 1927, and has been accepted as a physical phenomenon for over 50 years.

An abstract of Guan Ru Feng's new paper, "Experimental Digital Simulation of Quantum Tunneling in a NMR Quantum Simulator", was published on arXiv on 11 May. The pithy abstract reads:
"It is well-known that quantum computers are superior to classical computers in efficiently simulating quantum systems. Here we report the first experimental simulation of the quantum tunneling through potential barriers, a widespread phenomenon of unique quantum feature [...] The occurrence of quantum tunneling through a barrier is clearly observed through the experimental result. This experiment has clearly demonstrated the viability of quantum simulation [...]"

So why is this significant? Well, quantum computers, as you may expect, are excellent at simulating quantum systems. As MIT's Technology Review explains, they've been used to simulate phenomenon such as quantum phase transitions and the dynamics of entanglement "things that classical computers simply cannot handle." But there is one quantum phenomenon that has never been simulated - tunnelling. This is the ability of quantum particles to cross a barrier without seeming to have passed through it.

The reason for this is the massive complexity of the task. As Technology Review remarks, it requires "numerous quantum logic gates processing dozens of qubits. That's always been beyond the state-of-the-art for quantum computing."

So the fact that Guan Ru Feng's team have now successfully simulated tunnelling suggests a significant advance in quantum computing, which will, no doubt, herald further simulations of much more complex phenomenon than we've seen to date.

Science is continuously and assiduously working towards harnessing quantum weirdness for practical technological applications. And it's interesting that so many of the recent advances in this field are coming from research Universities in China. Watch this space.